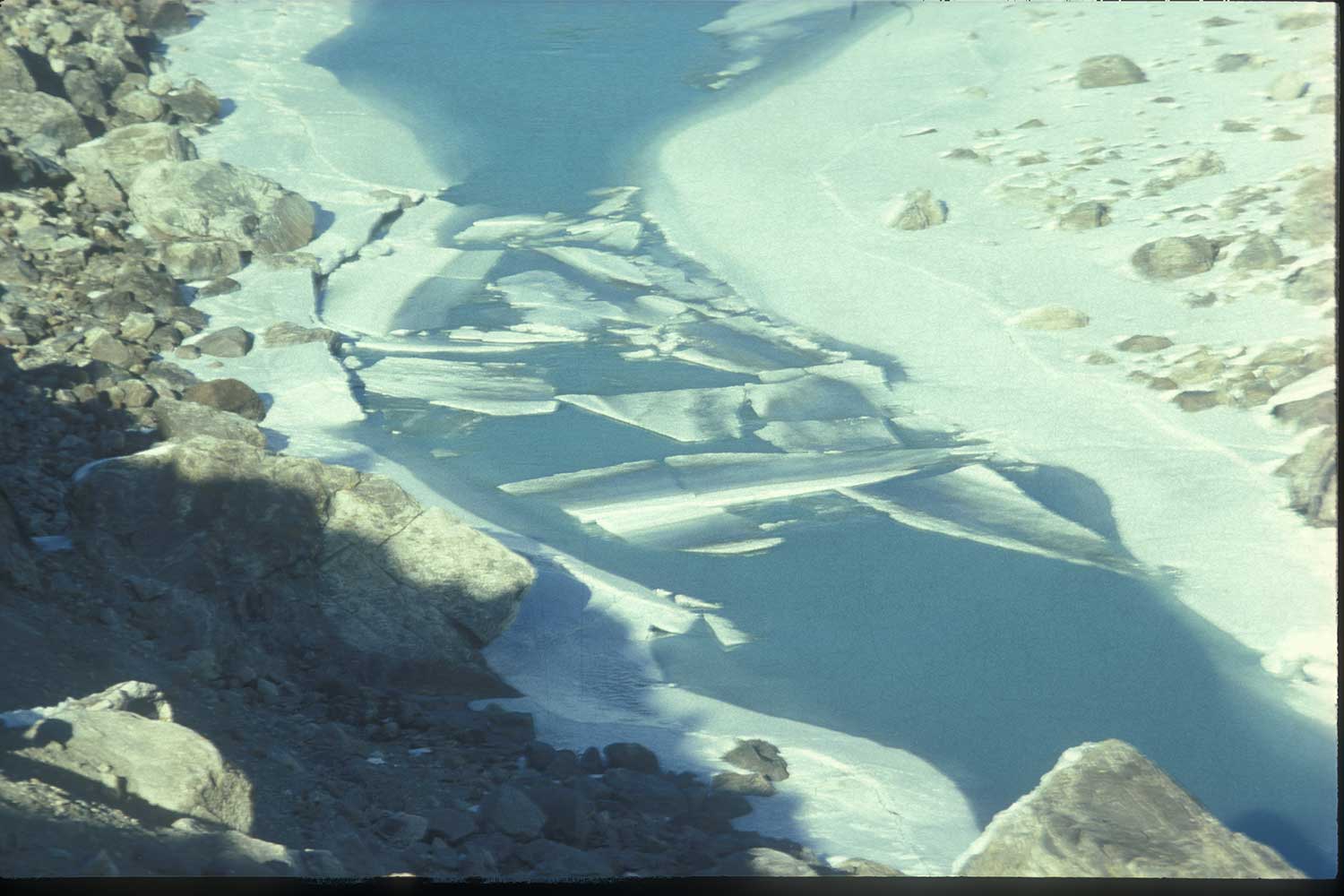 An adventure that was undertaken by a man of the Westcountry on the other side of the world has Martin Hesp enthralled.

John Buchan of 39 Steps fame once wrote a book called Salute To Adventurers – which is a relevant way of starting this article because this is a salute to one Westcountry adventurer in particular, whose new book is attracting much praise from high places with one pundit likening him to a modern-day John Buchan.

And salute is just about all you can do when you learn for the first time, after being good mates with someone for the best part of 20 years, details concerning one of the most remarkable interludes in their life.

I knew that my friend, the Somerset-based writer James Crowden, had lived in the highest mountain range in the world, but I have no real what his altitudinous adventures entailed. At least, I didn’t until this week when I read The Frozen River, Seeking Silence in the Himalaya (published next week by William Collins).

Not only did the book come as a revelation for me as a friend, it also happens to be the most gripping and fascinating reads I have enjoyed for a very long time.

When someone tells you that they once spent the best part of a year living in a high valley in the Himalayas, you vaguely imagine a hardy young soul with a rucksack yomping over icy passes, living in rough village guest-houses and staying in the odd monastery here or there.

You do not imagine a country-boy born on Dartmoor organising his own one-man expedition and hiring horsemen to carry six months’ worth of belongings into one of the most inaccessible valleys in the world so that he can become the first or maybe second Westerner ever to overwinter in its freezing wastes and live among the subsistence farmers and monks.

There had been an obscure and brilliant Hungarian linguist who’s been in Zangskar in the early part of the 1800s, but he’d left few notes or records about his winter there. And there’s been a rather unlikely expedition undertaken by three British housewives in 1958, but they stayed briefly and escaped long before winter. So when James entered the high valley in 1976, host a dat or two before he first seasonal snows closed the entire area off for winter, his appearance was regarded as very novel indeed.

Things have undoubtedly changed quite a bit in this remote corner of India now the first road has reached the valley (something James went back to see just recently) – but back then Zangskar meant a six or seven day hike over some of the highest passes in the world.

More than that, it meant planning. There would be no shops or bazaars up in this high valley where James could purchase the necessities for his lengthy stay. Everything – all his food, medicines, even his ration of candles (half a candle a day) – had to be purchased back down in civilisation and hauled physically over the passes to a valley located more than two-and-a-half vertical miles above sea-level.

And all this had to be done before the snows arrived, because once they did, Zangskar was almost entirely cut-off and isolated from the rest of the world.

Almost cut-off… This beautiful, high-altitude, ice-bound, sparsely-populated, prison had one extraordinary, perilous, ancient, and some would say extreme form of ingress and egress. James’ book title refers directly to that one deep and dangerous avenue of hope, survival and commerce.

The Zangskar River is the somewhat terrifying waterway that eons ago formed the deep narrow gorge which allows it to escape the high valley which bears its name, and tumble and roar its way north, cutting through the vast Zangskar Range to join the Indus River (which in turn gives India its name).

Just beyond from that eventual, distant, meeting of the two rivers, stands the ancient trading town of Leh. It is to this centre that the Zangskari people travel during the winter so that they can sell their high-value yak milk – and they do so thanks to the fact that the extreme low temperatures tame the wild river by turning it to ice.

But even in good times, when the river is hard frozen, this five, six or seven day journey by foot is difficult, arduous and perilous. In average times when there are holes in the ice and the river roars underneath, it is downright dangerous. And in bad times it is impossible and potentially deadly.

The Zangskari people call this extreme avenue of commerce the ‘chadar’ and some of them to it two or even three times a winter, although that is becoming increasingly difficult thanks to climate change.

Back in the early 1970s a young Army recruit from Dartmoor got to hear about the ‘chadar’ and – having fallen in love with the mountains and lonely places – began to plan ways of getting to the Himalayas so that he could try this insane journey for himself.

That meant buying himself out of the Army; it meant endless in-depth researches; and it meant scrimping and saving, then purchasing enough of everything he’d need to survive more than six months in one of the most inhospitable places on Earth.

James did all this and then – once he’d set up house and home in a tiny draughty room in Padum, the village capital of Zangskar – was tough, resilience and charming enough to persuade the local men to take him on a ‘chadar’.

The fact that he has now written about it in such a beautiful and thoughtful way is enough to have me re-evaluate my friendship with him. I have always admired this Westcountry writer and poet, now I am adopting something approaching reverence for the mild-mannered soft-spoken adventurer from Winsham.

Not only does the book detail the week-long journey down the gorge that James took with a gang of Zangskari men – it also rather modestly describes the even more dangerous journey back up. And just as gripping on their own way are the accounts of village life spent up there on the roof of the world in temperatures that would often sink below minus 20 degrees indoors, more like minus 40c outside.

The book is also coloured with dazzling prayer flags and chants of the Tibetan Buddhist monasteries which dominate that remote valley. And James goes further – his text resounds with the deep and sombre backdrop of mountain and tantric silence.

In short, The Frozen River is one of the most remarkable tomes ever to come out of the Westcountry. James Crowden describes a style of life that seems as strange, magical and far-fetched as an existence endured on another planet.

It is a life that is fast-disappearing thanks to climate change, road-building and the reach of globalisation.

And James Crowden’s underlying point is that the traditional existence in the high Himalayan valleys wasn’t and isn’t so much a lifestyle, but an entire philosophy. If it disappears, the world will be a much poorer place.

He sought silence, solitude and a tremendous challenge in the winter snows of the high…